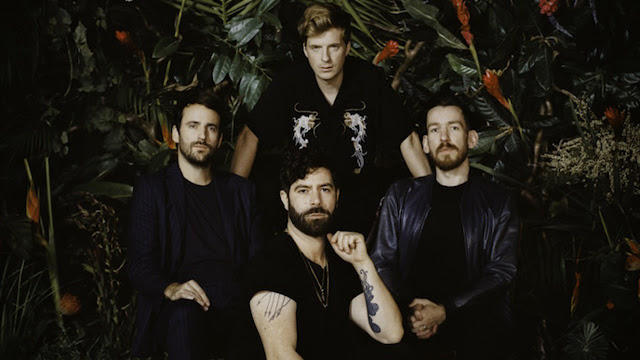 A solid start to a new Foals chapter, we can’t wait for both albums this year!

Foals’ new single Exits marks a new port of call in the next chapter of the band’s journey. Not least, it’s the first recording released in the wake of founding member and bass player, Walter Gervers, who departed amicably after Foals’ last long player, What Went Down.

Exits is also an introduction to Everything Not Saved Will Be Lost, a two-part collection which will constitute Foals’ fifth and sixth album releases. The first instalment is due to drop on March 8. Frontman Yannis Phillippakis has described the new project as, “two halves of the same locket… companion pieces.”
The first thing apparent about Exits is the predominately electronic composition of the piece, with Edwin Congreave’s programming central to the instrumentation. Although it is too early to accurately predict the direction of the album itself, there is no attempt to replicate Gervers’ bass guitar contributions; instead a more electronic, industrial sound is in evidence. Guitars are used sparingly throughout the first part of the song, with Phillippakis’ vocal and keyboards reminiscent of the band’s Total Life Forever period the most recognisable components of Foals’ usual palette. When the solo arrives, it is low key.

‘This is the sound of a band assertively reining themselves in, the apocalyptic lyrics hinting at something simmering just below the surface.’

A walking-pace plodder in terms of rhythm, the song is a slow-builder; insistent rather than immediate. There is a feeling of compression and claustrophobia rather than the arena-friendly approach of Holy Fire or What Went Down. Jack Bevan’s drums are restrained, although powerful. This is the sound of a band assertively reining themselves in, the apocalyptic lyrics hinting at something simmering just below the surface.
At six minutes, the full-length version of Exits rewards repeated, patient listening. It appears to mark a turning point from the band’s previous direction. While What Went Down made perfect sense in the live setting, in recorded format it presented at times a little too closely to its predecessor. With or without Gervers, Foals were in need of progression.
We don’t have long to wait to find out where they are going to take this. Buckle up.
7/10.
Foals release Everything Not Saved Will Be Lost, Part 1 on 8 March. UK tour dates go on sale this week. 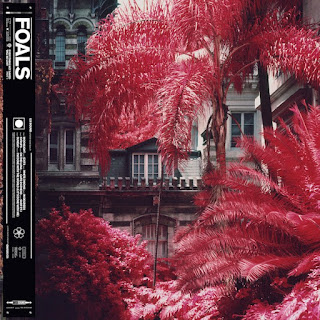