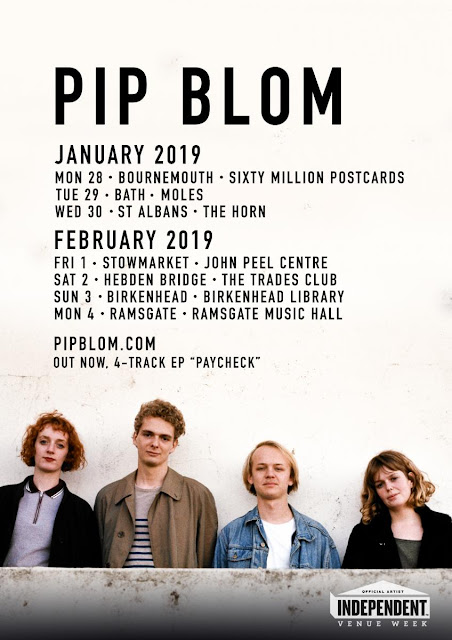 This month at Underscore Part 3 we’re going to guide you through as much independent venue news as possible and more specifically we’ll keep you informed on events tied in with the national event Independent Venue Week.

Female Amsterdam singer-songwriter Pip Blom is one of the artists doing a small tour to support IVW starting with Bournemouth’s indie wonderland 60 Million Postcards on the 28th of January. Having had heavy rotation on BBC 6 Music with every one of her releases all the venues on this tour are lucky to have such a burgeoning artist in their small venues.
In 1996 we had all just about got over the tragic death of Kurt Cobain and the gradual demise of grunge which lead to the explosion of brit pop and the Spice Girls and their ‘girl power’. Although it was great to see unity of women in popular culture it can hardly be seen as a progressive time when the groups outfits barely covered their bodies. Fast forward to 2019, we’ve had more and more prominent female figures in all areas and finally women are being taken seriously in the music industry. At 22 with a steady stream of enchanting singles released over the past 2 years, now her most ambitious work on her heavily praised 4 track EP ‘Paycheck’ Pip Blom is flying the flag for guitar driven female fronted indie. Although based 1000s of miles from Australia the closest comparison in sound would be Courtney Barnett but Pip Blom presents her work in a more delicate playful way with a level of distorted guitar to a lesser degree than her Aussie comparison. Having already shared stages with Franz Ferdinand and The Breeders as well as having played her own headline 2016 gig in Bournemouth we advise you to buy your tickets quick.
Promoters We Broke Free continue flying the flag with female fronted angsty Bristol 4 piece No Violet in support. With No Violet’s debut EP Faces having been released late in 2018 to high praise from BBC 6 Music DJ’s and the band about to embark on their own headline tour in February/March this feels more like a double headliner; don’t miss out, get down early! Underscore Part 3 felt it appropriate to paraphrase No Violet’s description ‘split-personality disorder’ because it sums up their impossibly difficult sound with the band darting between grunge, math-rock, post-punk and a whole host more in the space of every song. In some ways No Violet are just starting their journey in comparison to Pip Blom having only recently released their first EP, but with an EP fierce and full such a diverse set of influences we guarantee this will not be the last time you hear from No Violet.
To start the evening is local art punk female fronted trio Violet, with influences as diverse as The Beatles legend John Lennon and ground breaking political punk band Bad Brains they prove to be a musical cacophony of sounds. 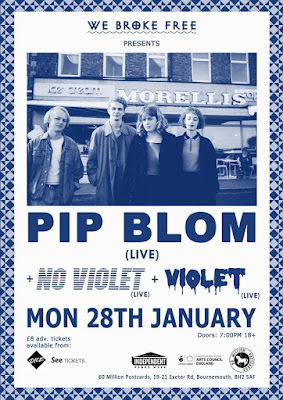