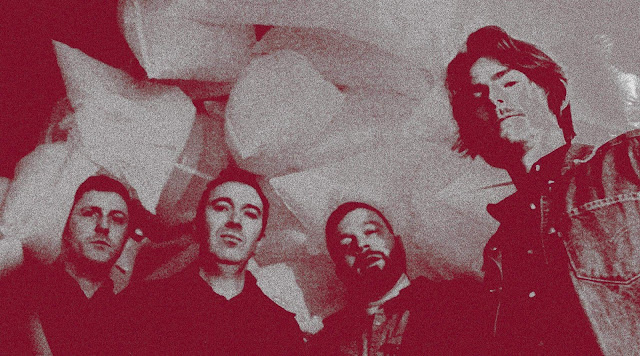 A year on from the passing of Mark E Smith, the final line-up of The Fall talk to Matt Upchuck of Underscore Part 3 about their new group with Sam Curran, Imperial Wax ahead of their first gig on 1st February 2019.

Imperial Wax (minus Sam) have been playing for well over a decade as The Fall. After Mark E Smith died last year was there any question that the three of you would continue playing together?

KM: We have been through a whirlwind 11 years together and at the risk of sounding soft we have become quite tight together. Also losing our mate to cancer and watching how hard he fought it, we feel it’s our purpose to keep moving forward with the focus and work ethic of The Fall.

No sooner had Imperial Wax been announced the three of you played a set with Damo Suzuki (of Kraut-Rock legends Can), how was it and what was he like to work with?

‘[Damo] told us pre gig that he made “anti-music”‘ Pete on meeting Damo Suzuki.

PG: We eventually decided that we would like to carry on working with each other but had no idea how we were going to go about it.  We had offers to go out as The Fall with guest vocalists,  but this didn’t sit comfortably with any of us.

Out of the blue came an offer to play with Damo Suzuki,  this seemed a fitting, tentative step to get the ball rolling.  Mark was a great admirer of his and his improvisational style suited us. We would often indulge in long musical jams to gain song ideas, so we knew we were up to the task.

We recruited Simon Archer (Ding) to fill out our sound, he was a good friend of the band and understood the way we worked.

Our introduction to Damo came mid sound check. He entered the venue, headed straight for the stage and without hesitation, he started jamming, his inimitable vocals snaking wonderfully through our noise. He told us pre gig that he made “anti-music” and our instructions were to keep playing throughout.   We hit it off. We had a great time and we knew then that we had to carry on in some way

How did your paths cross with Sam Curran?

KM: We met at Colne Municipal Hall’s annual beer festival almost a year ago. Sam came over to said hello and it turns out he was the vocalist for a couple of bands I had heard and liked the sound of, he seemed easy to get on with. It was a few months later when we had decided to keep going and make an album. We were trying to think between us who would be right, not only do they have to sound good they also have to have a good sense of humour and be easy to spend time with. I remembered bumping into Sam at the Muni, sent him a message and met up for a jam to see if it could work.

How did it feel having Sam joining the fold as the vocalist, was it an easy transition?

DS: It wasn’t that much of an issue because like in The Fall, the music was written and recorded first and the vocals went on last. It gave us all a chance to get to know him first before we even heard him sing.

Is there are a predominant songwriter in the group? Do each of you turn up with your own ideas? How does song-writing work in Imperial Wax?

‘We all had equal part in creating the album. We upheld the work style of The Fall.’ Sam

SC: We all had equal part in creating the album. We upheld the work style of The Fall and went into the studio with no songs pre-written, each song grew from just a couple of riff ideas recorded on our phones. It was really testing starting the day with what was essentially nothing, but the sense of urgency really focused us because there’s literally no room left in your head to think about anything else. So it certainly pushed me and my ability because I’d never worked like that before but it was amazing to hear what we produced, it’s definitely changed my outlook on song-writing, that sense of urgency is now a necessity for me. It was also quite surreal listening back to what we had made over the ten days, because it was like, ‘Oh. So that’s what we sound like’. I feel like you can quite clearly hear our influence each other which is cool, kinda like breeding two different dog breeds to make something new, you can spot attributes from both sides. In a sense we are a mongrel.

‘Kinda like breeding two different dog breeds to make something new.’ Sam on creating their sound.

Was there that initial discussion along the lines of we do want to sound like something… we don’t want to sound like something else?
PG: Our initial idea was to carry on working in the same organic way that we worked as The Fall, but we didn’t want to be a sound-a-like sub-Fall.  We knew that without Mark fronting the group, our sound would change naturally.  We didn’t want to artificially change the way we sounded.  We know our strengths and we like the way we sound together.

You recently announced that you would be dropping your debut album in May which means that the group and the debut album will have been achieved in less than a year… that’s pretty efficient by anyone’s standards; what’s your secret?

‘We knew that we couldn’t survive… the only feasible option was to write and record new songs.’ Pete

PG: Our sense of urgency came from the fear of letting the whole thing slip away.  Finding a fourth member/singer was harder than expected, we found Sam after a short intense search.  We all agreed that he would be a good fit to our music and luckily, he accepted our offer.

Mark E Smith instilled in us a work ethic; he was always looking towards the next lp/single/tour.  We knew that we couldn’t survive on what we helped create over the last 11 years, the only feasible option was to write and record new songs, basically start a new band, keep going forward.

KM: It’s been interesting doing it all on a tight budget. My studio (Hilltown Studios) is very small and as we were going to be locked in for 10 days, I wanted something bigger. I ended up hiring a big room off a friend and basically took my studio to bits and moved in!   We wrote and recorded the whole album in 10 days minus the vocals.  We had some time off to write lyrics, then recorded all the vocals back at my studio with our producer Matt, who then mixed the whole thing straight after the last vocal session. That’s how we used to operate with The Fall, so we like it that way and feel like you capture something raw with good energy.

I have heard some suggest that Imperial Wax may be a continuation of “New Facts Emerge” (last Fall LP), others have suggested it may be something like Motörhead (apparently Kieron and Dave are big fans?) and some are saying they expect it to be a lo-fi punk rock affair; how wide of the mark are all these opinions?

‘I try to add a little sprinkling of Motörhead to lots of things I do in life. Makes things more interesting!’  Dave

DS: I suppose there are elements of all of those things in there. Not in a contrived way, it’s just how it came together. ‘New Facts’ was the last thing the three of us worked on, so essentially we were picking up where we left off. We didn’t really alter the way we approached writing a song just had a bash about until something sounded good. Sam has had a lot of influence on the sound and an extra guitar definitely made things a lot louder, so I guess that naturally steered us into writing songs that had a bit more of a punkier feel.

I try to add a little sprinkling of Motörhead to lots of things I do in life. Makes things more interesting!

Are there any recurring themes within the new album?

‘Each track [on the album] has its own sort of distinct theme and meaning.’ Sam

SC: Overall I think the album is an exploration of mental suppression. The term projection is a definite theme, it’s a trait found in narcissism where a person projects their insecurities on to someone one else with means to attack and/or control that person. Each track has its own sort of distinct theme and meaning but generally, projection is the one that recurs throughout.What interests outside of music do you guys have?

PG – I like to fix guitars. It started as a hobby, now people actually pay me to do it

People have always discussed “the curse of The Fall” when referring to ex-members, was that something which worried any of you?

K – We have never been ex-members so wouldn’t really know!  I think it only really applies if you left the band or got sacked.   [fair point… Matt Upchuck]

You have a string of UK dates coming up, do Imperial Wax have any plans to visit Europe (post-Brexit arrangements permitting!) or anywhere further overseas?

DS: I think we’re definitely planning on visiting as many places that’ll have us!  Some of the best memories I have about my time in the Fall is on the crazy adventures we had abroad with Mark and it would be great to revisit some of the places we’ve been as well experiencing some new ones. Japan, I’m talking about you!

COVENTRY – The Tin At The Coal Vaults,  2nd March 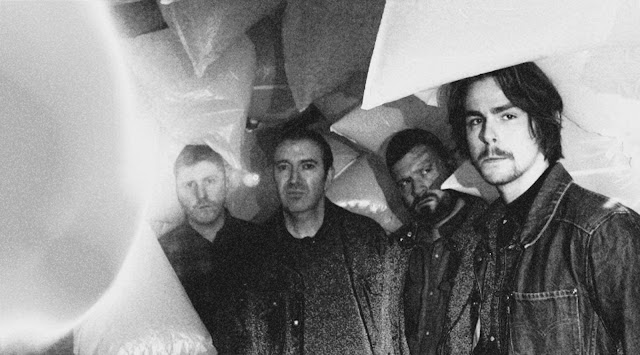