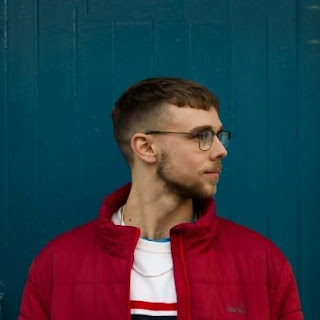 Any West Dorset resident will tell you that big music nights don’t come along too often in these parts. The Blockheads (without Ian Dury) may have packed out the Corn Exchange and Manchester legends Johnny Marr and Peter Hook have tried out in Bridport in recent years, but there is nothing quite like welcoming back one of your own.
Despite “The Homecoming” being promoted as a fundraising triple-header, with local contemporaries Belles and MOTH also illuminating a strong line-up, there is a tangible excitement set around the return of local lad Alfie Neale. Now a resident of Brighton and not yet out of his teens, this is to all intents and purposes a night of top billing for Neale and his band who have been playing to growing audiences in Sussex, while foraying to the big urban centres to premier his accessible brand of soul, disco, hip-hop and jazz-inflected tunes.
Tonight is an opportunity for Neale to air his burgeoning set to a partisan and, let’s be honest here, unashamedly partying audience. That could be an excuse for complacency but there is no sense of that tonight, only an emerging artist who exudes assurance in himself as a performer and in his repertoire of songs.
The second of only two Alfie Neale releases so far, Liquor Dreams, is the second song of the evening; with a feel as fittingly late-night as its title. Its jazz chords are sophisticated and the vocal soulful, the kind of song teenagers who aren’t Roddy Frame or Kate Bush don’t write. It almost crosses the border into psychedelia in its “lose your mind” refrain, suggesting that this mature experimentation is a cornerstone of Neale’s work, where for many it could be a mid-career cul-de-sac.
There is no sense of an early peak, more of a marker being laid down for the night. Neale has no reason to apologise for the slower titles in his set but does so self-effacingly, as he introduces another unreleased song April Showers. Cloudboy perfectly negotiates a tightrope balance through themes of loss, brotherhood and rites of passage; the sound of a young man smiling defiantly through his tears.
New single Tongue Tiedsees Neale delivering big hooks and groove with the kind of hit-the-floor invite that is almost impossible to resist. People here already know the words and soon they won’t be the only ones. Neale is in his stride, nailed-on and effortlessly perfect in his vocal, grin spreading engagingly across his face as he does so. He throws in a fake ending to a song, most of the crowd fall for it. He laughs; we’re all welcomed in.
Tonight, there is a sense of a journey that has only just begun, the excitement that only comes in the knowledge that a big adventure is about to start. Alfie Neale has a rare talent which is indisputable and you get the impression tonight that he is ready to step on the gas and enjoy the ride into 2019’s hopeful year of opportunities.
Words Iain Dalgleish
Twitter Facebook
Tweet
Share
Pin
Share
0 Shares
We use cookies to ensure that we give you the best experience on our website. If you continue to use this site we will assume that you are happy with it.Ok