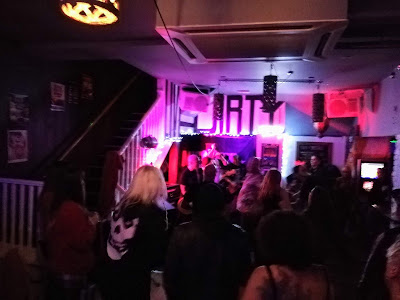 Imperial Leisure brought the house down at Buffalo, Bournemouth playing a set full of old classics and equally great material from their latest album ‘Lifestyle Brand’. This was the second night of punk gigs in the wet seaside town, both very different events but both night full of bands of outstanding calibre. London party-punk cult legends Imperial Leisure hosted the 2nd date of their charity fundraising Christmas parties, this was part fundraiser and part 10-year anniversary tour with Imperial Leisure this year celebrating 10 years since their debut classic album The Art Of Saying Nothing. 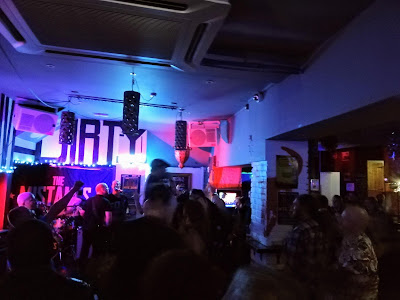 Support band The Mistakes are everything you expect from a support act and more, with such a memorable start to the night I suspect Imperial Leisure were worried they might not be able to top their performance (which they did). The Mistakes fast paced oi punk is brash, bravado driven musical chaos that should be playing with the best punk bands of their type on the biggest stages; with a few high-profile support slots under their belts including Stiff Little Fingers and a slot at the UK’s most important underground punk festival next year  Rebellion we hope they make the connections they deserve to catapult their career. Not only are their songs a tuneful bar-room brawl but their performance verges on the same with lead singer Ross being carried/crowd surfed around the venue whilst singing, it’s for these reasons and more that the whole room was dancing for the entirety of their set. 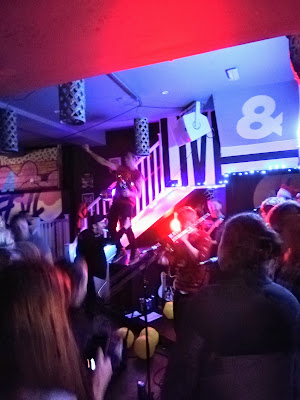 Imperial Leisure show that although they’re on a 10thanniversary tour of their debut album they’re more than a band with one album, their latest album Lifestyle Brand rivals the quality of their debut with songs like Razzle Dazzle fitting seamlessly in their set bringing a packed dancefloor. Imperial Leisure live their lives as one big party whether it’s the booze overflowing throughout the dressing room, singing whilst hanging off the stair rails, dancing in the crowd or dousing the crowd in frothed champagne with this much energy it’s impossible not to be swept up by the fun. They’re currently set for a few festivals next year and we hope there’s a few more, their music is best suited to a cider sun-soaked field. Thankfully the heavy rain did not put them off from bringing the sunshine in their personalities to the stage. For a band that are currently self-promoting it shows how kind they are as a band that they donated all profits from their own merch to mental health charity Mind raising £589.

Click on the below link to read our interview with Denis of Imperial Leisure last month.
https://www.underscorepart3.co.uk/2018/12/interview-return-of-imperial-leisure-to.html 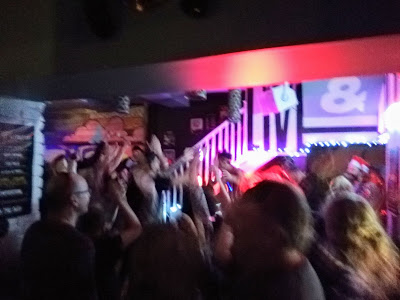