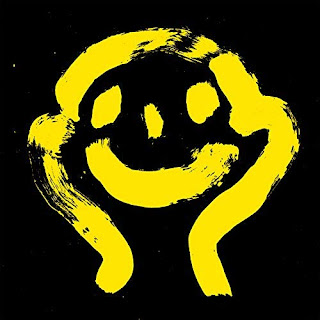 Instantly the wet high bass notes on ‘Bobbi’s Second World’ confirm within one bar that this is The Orielles. Is this a blessing or a curse? With probably the equivalent collective years musicianship of the whole band as the age of any one member this is definitely a blessing in the case of these teen prodigies. Since catching the attention of well-placed fans such as BBC Radio 6 Music’s Marc Riley and releasing their debut ‘Silver Dollar Moment’ earlier this year the group have gone from touring ‘the album’ as a piece to their later gigs becoming a set list almost inspired by the album and not just them regurgitating the songs but jamming progressive psych soundscapes from their initial songs. With natural talent and a wealth of mentors this new release shows the culmination of a year of growth and development as a band. Starting with ‘Bobbi’s Second World’ by the time the full band have gone through the intro and are into the verse it would be impossible for anyone familiar with their previous work not to realise it’s The Orielles. Throughout the verse we hear male backing vocals shouting ‘she’s a lady now’ after every line with lead singer Esme singing what feels like autobiographical lyrics about her growing up as a young female adult. The second part of the verse Esme describes situations which the band call ‘dystopia’ before moving into the pre-chorus. Could Esme be describing the difficulties as a young female musician in a patriarchal world? The Orielles went heavy on the washed out vocal in the first album and tours, this chorus has the ability to be a singalong it’s hoped that when played live they keep the level of clarity they have on the record; the singalong is a welcome new adage to the band.
Verse two is not a ‘standard’ verse with Esme stating further difficulties in a couple of lines describing the songs character as ‘she’s an unfinished girl’. At this point you’re left picturing Dolly White from Caitlin Moran’s fantastic book ‘How to Build a Girl’. The rest of this ‘verse’ is populated by bongos, percussion, sound effects laying the top of the bands chorus piece. The track finishes with a second sing along chorus and further ‘shes a lady now’ chants and sound effects.
B side Peggy Gou cover ‘It Makes You Forget (Itgehane) starts with 16 beat drums closely followed by an eerie whistle type song which feels slightly Quincy Jones influenced, a little mashed up ‘Bad’ and ‘Thriller’ styled.  After this short intro we’re back to angular guitars and bass telling us we’ve left Michael Jackson to rest in peace and stepped back to 2018 and The Orielles sound. With a Spanish Latino influenced rhythm this track feels the more niche of the pair. With echoed spoken word layering parts of the track colliding with a wah wah pedal guitar solo this feels like a b-side of experimentation. Later the instrumentation strips back and we hear Esme speak of a ‘secular world’ and ‘surrender’; is this a continuation of the difficult feelings the first songs character (presumably Esme) is feeling? The piano rhythm is infectious making you want to dance but with vocals perhaps a tad over-effected it feels like one this track they’ve missed the mark slightly but shown the elements that will become the great tracks on their next album. According to Dork ‘Bobbi’s Second World’ is inspired by a cat called Bobbi but it’s hard to feel that there isn’t some autobiographical references in the a side and careful autobiographical choice in the b side a cover of Peggy Gou.

The sleeve; well there’s not much to look at, is this a nod at the baggy generation and Nirvana grunge era their parents may have grown up in or is it influenced by something entirely different? The Orielles are a group that will have always known of and used the internet and by their teens they probably streamed a lot of their music. Growing up in times when the song is more important than the artwork where teens no longer sit on their floor studying the vinyl whilst it plays it could be interpreted that this has had influence on its minimalist design. The Orielles have gone from strength this year and with the first new recordings since their debut album they’ve proved they have a lot more in them than one album.
Both tracks are dropped as the band announce a host of new tour dates finishing the year with a few more dates in the UK before embarking on a full headline tour in February and March 2019. Tickets for the band’s 2019 tour go on sale this Friday 9th November.
Tweet
Share
Pin
Share
0 Shares