Indie gigs in ‘Anvil Rockbar’, the upstairs adorned with industrial and biker decor it doesn’t seem to fit but after a night of quality music in the downstairs quality basement venue opinions are starting to change. It must be noted that having a sold out indie gig and opposite a sold out Skindred (reggae/metal) gig the bar was a rugby scrum of customers when both events finished.
Having a venue not typically suited to indie has its benefits with the crowd heading straight downstairs to music and atmosphere more comfortable to them rather than hanging at the upstairs bar. First on were Death By Shotgun who instantly showed their ability to work a crowd asking them to take a few steps forward and later asked them to do this again almost breaking the crowd/band invisible wall. The job of the first band is to warm up the crowd and do their best to win over new fans, DBS did this with ease with their instantly infectious pop-punk. With an endless list of bands playing this style it’s very easy to be repetitive but with the rhythm guitar played on an acoustic it was good to see a band adding their own style to a saturated genre. To add to this the bass player has clearly crafted his sound with perfect toned top end sound which cut through perfectly. They are a band who played every song with smiles on their faces loving the moment and beamed with charisma and between song banter. It is for all these reasons Death By Shotgun separate themselves from this over-saturated genre and may catch people’s attention.

‘The job of the first band is to warm up the crowd and do their best to win over new fans, Death By Shotgun did this with ease’ 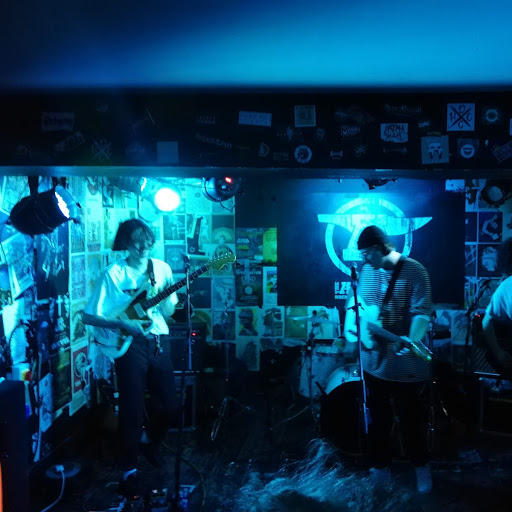 After roughly a 2-year hiatus Exam Season are back on the scene playing their first gig. By

the time they are on stage most of the sold-out crowd are watching eager to see what they missed out on for all this time. Exam Season are more of an ‘indie’ band to DBS which works well varying the nights warm up. The group are all consummate professionals but with lead guitarist Jack dancing all over his fretboard whilst posing like the art-school indie Slash the songs are generally themed around this element. ES have taken their own stance on charisma in a self-deprecating way humorously slating their own merch and songs endearing the crowd to their lack of awareness at how great they are. With songs dedicated to the classic film Hocus Pocus and lyrics about ‘BuzzFeed stories for never shutting up’ the band are very topical and witty, something that will stand hem well and suit a radio friendly audience. We are treated to a final high-octane track before a surprisingly haphazard ending to their set. Exam Season, a band that will keep building on the off-the-wall lead guitar layered indie acquiring fans wherever they go.

‘Exam Season, a band that will keep building on the off-the-wall lead guitar layered indie acquiring fans wherever they go.’ 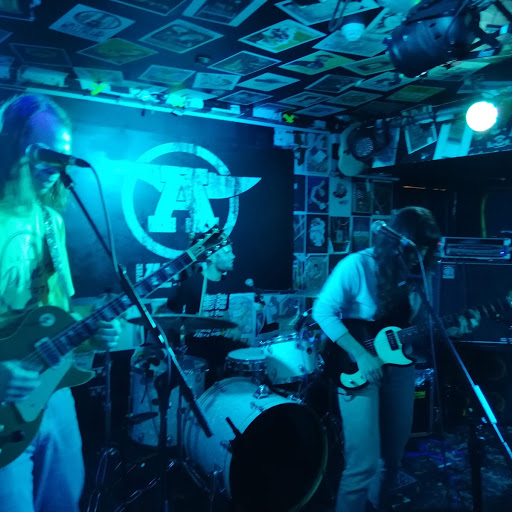 With the room well hyped our modest, timid 4-piece headliner The Beth’s step on stage and start without an intro bursting into ‘Whatever’. Liz described in the interview before the gig that ‘Whatever’ was the first song that she realised the pieces of the puzzle that are ‘The Beth’s. It feels that touring in unfamiliar Europe initially startles the band with them awkwardly playing in a manner that could be described as ‘like a deer in headlights’. However, by third song ‘Uptown’ the band step into their comfy slippers and we’re in the right gear for a great show. In the aforementioned interview Liz described enjoying playing the fast songs best, something that is very apparent. Throughout the rest of the gig the band exchange smiles, glances and poses all adding to the good time the crowd are having. By half way through the set the front row of the crowd are dancing along and there is a pocket of sing-along lads in the middle. Liz is a natural song-writer for the ‘Tina Belcher’ generation as she isn’t the natural extrovert which comes across throughout the gig. Liz is very thankful for the sell-out and at one point asks the front row to duck down so that she can say hello to the room, this feels like a very Liz off-kilter fun way of engagement. We hope The Beth’s will continue to enchant us with solid albums full of indie pop and quirkiness that starts in the studio before bleeding on to the stage. One fan described the gig as ‘a perfect representation of the album’, check out the album, head to their gigs and enjoy its ‘prefect representation’.