Skip to content
The Most Important Album of Our Generation! 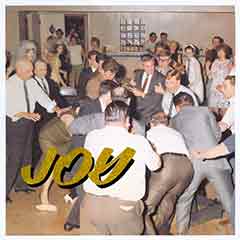 As someone who listens to 100s of albums each year it is with shock but pride to say I cannot think of an album more important than this one released in my lifetime. There are definitely album’s I’ve loved and will listen to forever with joy, Arctic Monkeys Whatever They Same I am That’s What I’m Not comes to my head as a classic which transcends the fun of my youth but was it important? Yes it was important for telling the story of every indie kids carefree teens in 2006 leaving us in awe at how we related to the Sheffield boys so well. It also shaped the sound of every indie band at that time and to an extent every indie band since but would we have had that fun if we hadn’t had our ‘theme songs’? Yes I would have and would the next generation have ‘looked good on the dancefloor’, yes they would the dancefloor may have been different in sound but it still would have been great that’s the creativity of youth. Important is a description for an album that tells you it’s ok to cry; it’s ok to make mistakes, it’s ok to reflect and become a better person; it’s ok to grief; it’s ok to live no matter you colour, race, skin or geographic origin; it tells you to put down your screen and enjoying the outside as a combat for depression; it tells of it being ok to be vulnerable, to love and to need support. With such heavy topics it’s genius that Idles manage to do this in such a lively, entertaining and elated manner; once you finish with this album you’ll be singing and dancing with happiness and hope. Stand out tracks include equality celebrating Danny Nedelko with witty lyrics “A Polish butcher, he’s Mo Farah”, Samaritan’s with its challenge of the “Mask of Masculinity”, off the wall self esteem anthem Television with lyric “If I heard someone talk about you the way you do you to you, I’d put their teeth through, love yourself” and Brexit challenging sing along Great. The only dark song is tragic June telling the grief of singer Joe Talbot recovering from the trajedy of his still born daughter, lyrics “a babies shoes for sale, never worn” haunt the listener to empathize the horrific reality for too many parents. To compliment an album bursting with phenomenal lyrics is a band who’ve crafted their sound, song writing and tones, as an avid Idles fan within seconds of hearing the drums and bass you know you’re listening to Idles but with this album they’ve shaped their sound to take the edge off and craft songs that make you want to jump up and down but then hug the person next to you in case you hurt them. Idles the punk band that make you want to change the world and changes the stereotypical view on punk.